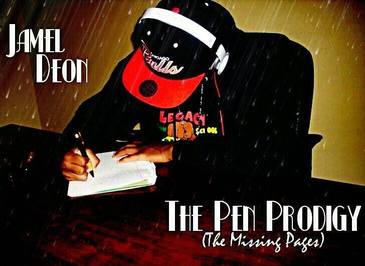 ​The Pen Prodigy: The Missing Pages is the debut mixtape from Jamel Deon released on August 11, 2014. On this 13 track project and guest appearances from close friends Shaquira and Sir Rocky B, Jamel Deon uses this mixtape to showcase his talent by remixing over tracks such as “Fear” by Drake, “More Than Music” by Juelz Santana, and “Knock Knock” by Monica. With standout tracks like “Scared”, “Composition Thoughts”, and “Time”, Jamel Deon displays his lyrical ability while giving listeners an introduction to who he is.
Download